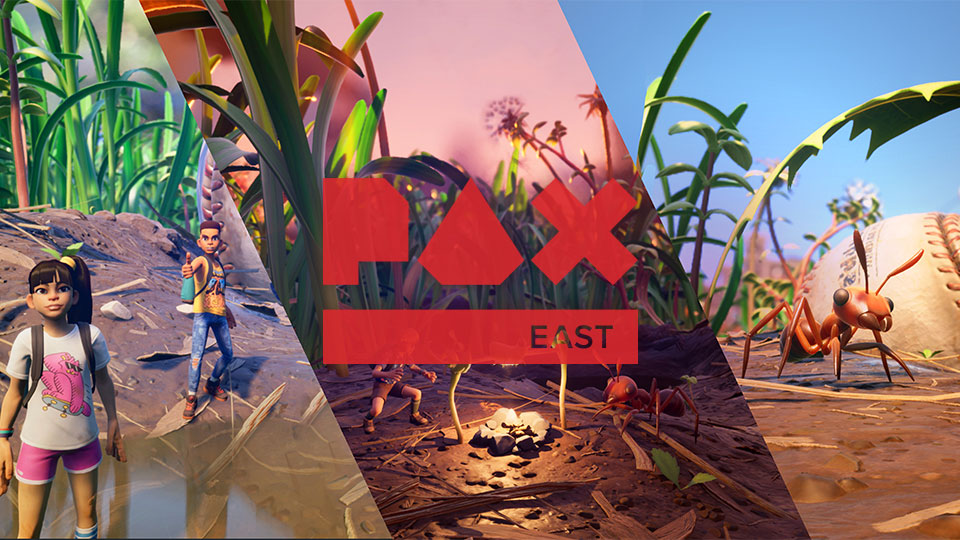 Hello everyone! We have been asked since the game’s announcement at X019 for more information about Grounded. We’re planning on sharing a good deal with you in the coming months, but first we wanted to take this time to let you know about a few things for you to keep an eye on.

On February 29th, live from Boston at PAX East, members of the development team will be doing a panel hosted by Larry Hryb, Xbox Live’s “Major Nelson,” where they’ll be looking at footage of Grounded and diving in to how the small but large world of the game works. The panel will start at 1:30PM Eastern and will be streamed so you all won’t have to miss a thing.

But don’t take my word for it, here’s a note from Game Director, Adam Brennecke, on why he’s looking forward to PAX East:

Since the announcement of Grounded, we’ve had a ton of folks reaching out for more details about our game. With community involvement being at the core of the Grounded experience, the team felt like PAX East was the perfect place to connect directly with fans and kick off our community-driven journey. Joining me on stage will be team members Roby Atadero and Sean Dunny. We are excited to answer your questions as well as share more details around Grounded’s survival gameplay and the insect life you’ll encounter. If you are planning on going to PAX East, come join us at the panel and say hi to the team!

But wait, there’s more! Our social channels for the game where we’ll share news, announcements, and interact with you all are now live. So head to our Facebook, Twitter, or Discord for Grounded, we can’t wait to chat with you!

In the coming weeks we’ll have more updates to share with you as well as some exciting news we’re looking forward to getting into next month. For now we’ll let you know that if you want to get an early peek at the world the team here at Obsidian is making with Grounded then you should absolutely look into the Xbox Insider program very soon. Just sayin’.

See you at PAX East, everyone!
-Mikey Dowling | Director of Communications