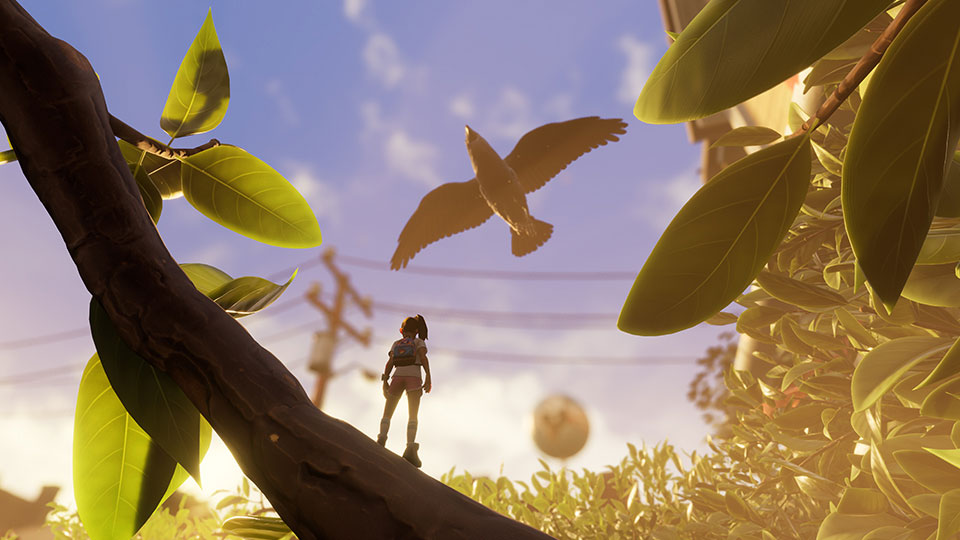 The August Content Update has arrived, bringing with it many gifts for the players!

Along with the bird, which players can expect to see feathers appear in the backyard to use for crafting, there are plenty of other goodies waiting.

Players can now expect to see two new categories of quests available from BURG.L: Chipsleuth quests that will ask players to explore to find missing BURG.L chips and the Artificer quests will ask players to craft specific items. Both quest types reward the player with Raw Science, which can then be used in BURG.L's Tech Chip Swap Shop to purchase upgrades, blueprints, and a new perk: Meat Shield.
Perks are another new feature included with this update. These perks allow the player to select up to 3 different mutations to apply to their character to help them survive the backyard.

These and more are waiting for you, and you can see everything included today by viewing the update notes posted yesterday.

Also later today we have a stream happening, August 26, at 1pm PDT / 4pm EDT over at twitch.tv/xbox. Come join in on the fun as Shyla, Obsidian's Social Media Manager, is joined by Sam Chin, Obsidian's Product Services Manager, exploring the new content.

Lastly, a new vlog was released today to cover some of the new items in the update. Join Shyla, Obsidian's Social Media Manager, while she shows off some of the new content added to Grounded. From new daily BURG.L quests, new recipes you can collect, stronger enemies, plus a new aquatic friend, UI changes and more. Check it out below, and then go hop in the backyard and explore the new content!