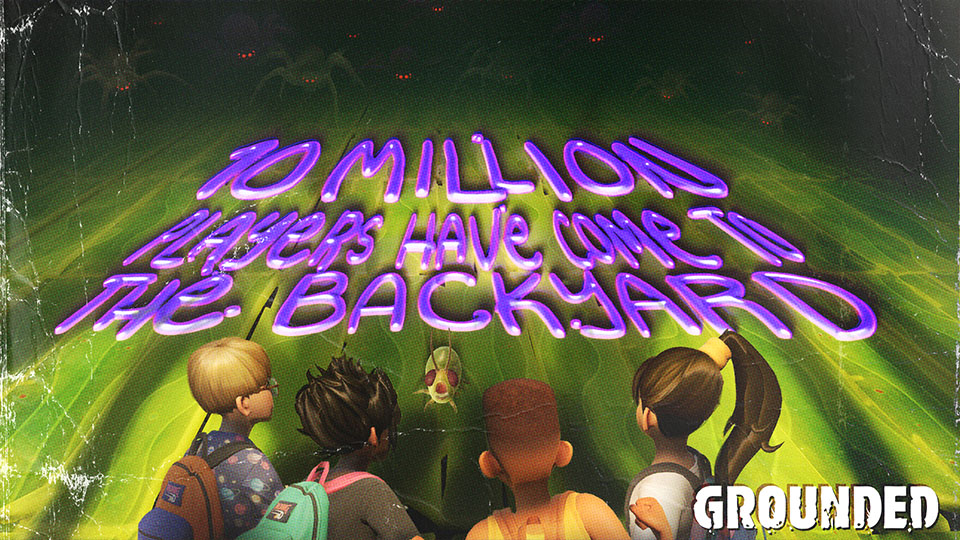 The Grounded team is proud to announce that over 10 million players have visited the Backyard!

In honor of this milestone, Game Director Adam Brennecke recorded the following message for everyone:

As part of celebrating this grand achievement that wouldn't be possible without all of you, the team is putting Grounded up for a Steam free weekend!

Running from February 10 at 10:00 AM PT through February 13 at 8:00 PM PT, new players can experience Grounded and check out the latest update, Into the Wood, through the free weekend.

And don’t forget, Grounded supports cross-play so Steam players can play with both Xbox and PC Game Pass players at any time, meaning if you have friends who haven't played with you yet, now is the time!

As an added bit of celebration, the team is also releasing a Grounded themed dynamic background for Xbox players so they can have a beautiful shot of the Backyard with them on their dashboard any time they boot up their console. Be sure to look for this new background and apply it the next time you log on!

Visit the Xbox site for information on how to change the background on your Xbox console.

Grounded is only getting bigger and better as the team makes progress towards the 1.0 release later this year and we could not do it without all the support that our community has given us. Thank you for helping us make Grounded the game you, and the dev team, want to play.

Until next time, stay safe and stay grounded, friends!