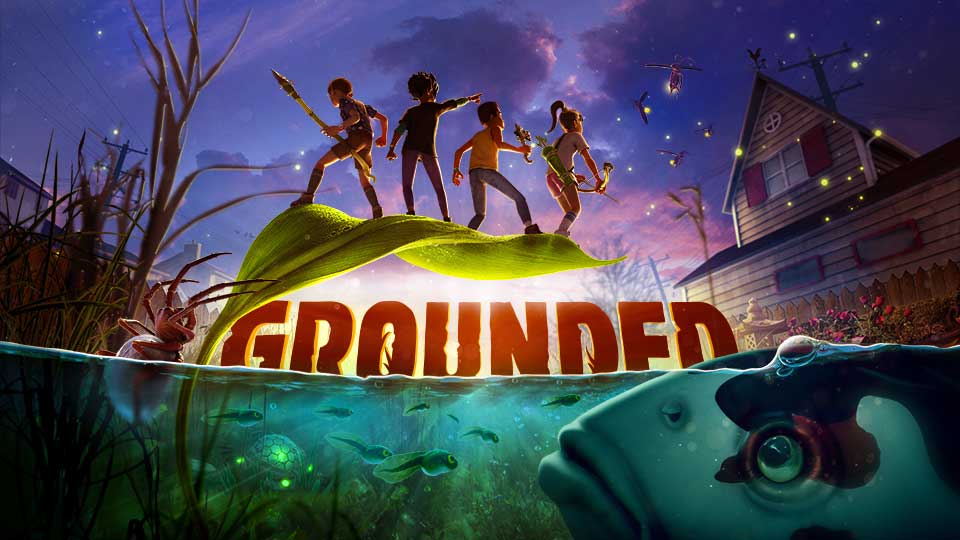 Today the Grounded team has released their largest update yet, introducing players to a brand-new biome - the underwater world of the Koi Pond.

This newly released area of the backyard brings with it new wildlife, new crafting recipes, and new mysteries, along with underwater gameplay mechanics that will allow players to go deeper than ever before.

Intrepid explorers navigating the depths of the murky pond will meet a host of creatures, including Tadpoles, Water Boatmen, Diving Bell Spiders (did you know certain spiders can swim?!), and the awe-inspiring Koi Fish. Additionally, players can craft recipes for a Slime Lantern, Bone Trident, Pebblet Dagger, Gill Tube Rebreather, and much more, to help increase the survival chances down in the pond. We can’t wait for players to dive in and check out the new update!

Obsidian and Xbox Game Studios are ecstatic to celebrate that Grounded’s community has brought more than 5 million players to the back yard, which means we were able to cash in on a little bet we had. Watch as Global Product Marketing Marcus Morgan of Xbox Game Studios' shows his dedication to the game and gets a tattoo of BURG.L, a valuable little robot featured in the game. Helping celebrate this momentous milestone, listen as Senior Artist Mitch Loidolt and Art Director Kaz Aruga provide a bit more behind-the-scenes information about the making and design of the character here:

Also, get ready to take your love for Grounded from the screen out into the real world? Then grab yourself some survival merch to bring with you on the go!

This site uses cookies for analytics, personalized content and ads. By continuing to browse this site, you agree to this use.