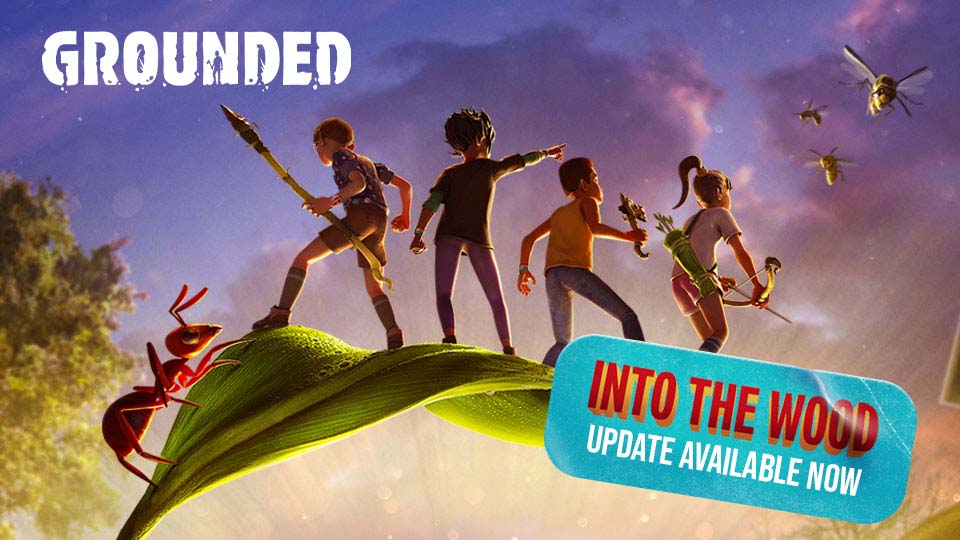 🏡 Join Shyla, Obsidian's Social Media Manager, as she takes you on a journey into an uncharted area of the backyard: the Upper Yard. Explore new areas that have opened up, take a peep(.r) at some new features and changes, and get ready to meet your ten new neighbors, plus a royal guest!

For more information on Grounded, check out our channels:

Thought the sandbox was sizzling hot? Just wait until you find yourself near the blistering coals of the spilled barbecue! But there are rewards to be found alongside the risks, so don your favorite Fresh gear and take a look!

Next to the shed is a pile of logs that also serves as a stronghold for a hive of termites. These new neighbors are especially nasty to trespassers, so beware when exploring their lair for untold loot!

And more places to explore around the shed!

Alongside these new areas, check out some new weapons, armor, and building options we've added!

...And a hot secret for you to uncover.

Plus, new flooring material from the burr(ly) weeds, and customization await any builders looking to add some flair and mood lighting to their abodes.

The voices of the community did not fall on deaf ears, and with this update, players will be able to craft multiple items and quickly store items they've found so you can get right back out there!

Not only has this update introduced the termites that have made their home in the yard, we also have TEN new friends you might encounter in the yard! Well, ten and an unexpected royal guest.

Check out some of your new backyard pals below, including the shiny scarab, the ladybird and its larva, and the incredibly solid black ox beetle. Explore the new areas (and a few old) to uncover more!

Check out the full list of changes in our patch notes below:

Field Stations now have survey stations that can be operated to search for resources in the yard. After flipping the switch in the Hedge Lab, the surveyor system across the yard will become powered.

Custom Game Options are a new way to fully customize your yard experience. If you select the custom game option from the lobby screen, you can adjust settings and make the yard your own:

Peep Resonance is a SCA.B Executable feature turning your tiny hands into light wave amplifying chambers that bring the distance into focus. Peep off into the far reaches of the yard and drop player waypoint markers. These markers show up on your map and other players' screens for better team peeping and navigation around the yard!

There's a new menu to a selection of buildings which allows you to customize the look or behavior of the building.

The Data tab in your SCA.B menu has been improved to better organize and show new information. Items and information will be categorized by where it came from or what it pertains to. You will also have entries and descriptions of all notably locations discovered in the game as well as know how many you are missing from each area.

The Spinning Wheel and Grinder