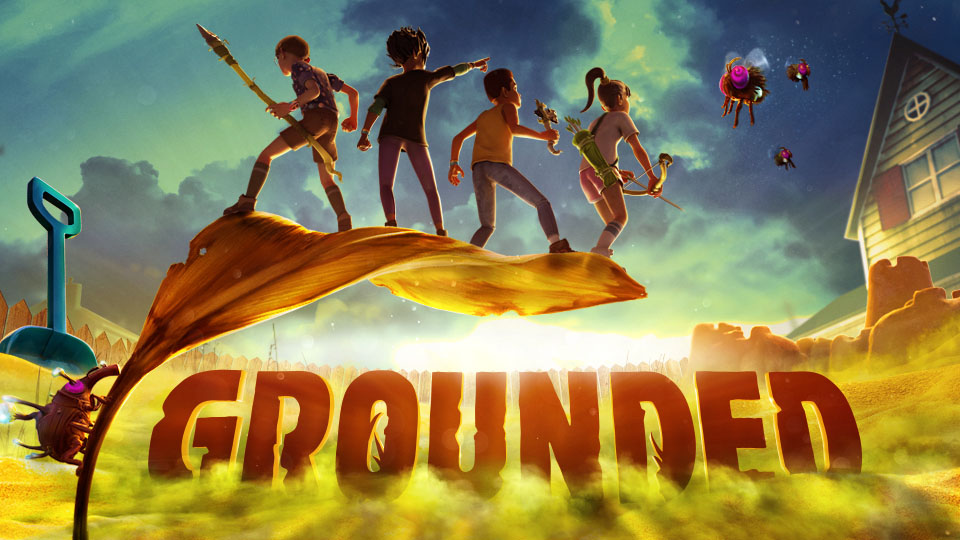 🏡 Join Shyla, Obsidian's Social Media Manager, as we find out all the new areas, systems, and “neighbors” you might encounter in this new update! From new biomes, unlockable areas, weapon upgrades, and character stat upgrades, check out the video below to get a head start on all the new experiences that await you in the yard!

If you thought the Haze area was a deadly wasteland before, just wait until you experience the new dangers that hide within it now. Even more friends have been driven mad thanks to the poisonous fumes of the weed killer, and if they don’t get you, the fungi that smothers the land explode, killing whatever unfortunate souls that stray into their paths.

We know the Community has been keen to get this one, and the team has worked tirelessly to deliver it. The sizzling heat of the Crab Sandbox is now available for exploration! But be warned: if the heat doesn’t get you, new friends lurking in the sand may not take kindly to intruders in their domain. Stay out of the sun, and look for buried treasure that's been hidden away in the sand. Who knows what secrets may be lurking here...

Hidden away in the depths of the western side of the yard, black ants have made their home. Venture down there and discover the secrets they guard at your own peril!

One man’s trash is … well, in this case, it’s still just trash, but at your size, even the smallest morsel could become a treasure. You’ll just have to fight back some of your neighbors who think the same way.

Roll for initiative! It seems that someone left their game of Minotaurs & Myrmidons atop the picnic table along with some tasty treats they were enjoying. Hm, maybe it was the hive of bees that decided to make its home there, but at the very least, you’ll want to avoid the cuddly bees who don't take kindly to threats to their hive.

Get ready to meet 8 new friends who are all ready to say "hello!

With new challenges come new rewards! New gear can be crafted by challenging the black ants, roly-polies, and antlions.

And new armor doesn't just look good - they come new set effects and bonuses! Check them out below:

Additionally, some old sets have been adjusted - each armor is now assigned an armor type that adjusts how fast you begin to regenerate Stamina. Medium armor will be what we're used to, but "light armor" decreases the delay, while "heavy armor" increases it.

You might find some old armor sets have some new set bonuses - for instance, the Grub set's old set bonus decreased the rate of thirst but now decreases the stamina used when attacking. Check out the patch notes for the full list of changes!

The popular "Yoked Girth Milk Molar" vitamins for growing teens are strewn across the yard for you to find. Harvesting their dense vitamin-infused pulp centers gives players the ability to upgrade personal or party-wide stats at BURG.L.

Find and crush those Milk Molars to get points you can put towards bonuses like Max Health and Max Equipped Mutation Slots, or, should you come across the rarer golden Mega Milk Molars, you can upgrade party-wide bonuses such as increased max ammo and food stack sizes! Any new players that join your game will instantly have those points to spend or party-wide bonuses unlocked, so don't worry if any new friends want to hop on!

We've overhauled the weapons systems! All creatures in the backyard now have innate strengths and weaknesses to certain damage types, so you might find yourself dealing extra damage to, say, a ladybug with a hammer than with a spear. Check out our full patch notes to see the whole list of changes and attributes - there are a lot!

Additionally, players can now upgrade their tools at the new Smithing Station:

New mutations are available! Find even more mutations that suit your playstyle and choice of weapon... Or even find a few that may be a little more explosive.

When you analyze new materials in the world, you will gain levels in Brainpower, which will help you unlock new tiers of items without having to find specific materials or purchase them. Rarer materials will unlock more brainpower, so be sure to head to your nearest field station to analyze any new or exotic materials you might come by!

It's not Pete's parents' brussels sprouts, but new food is here!

The food system has been overhauled! Food will now either be counted as snacks or meals, with snacks being exclusively used to stave off hunger. Meals, however, will give you the Well Fed buff, alongside a bevvy of other beneficial effects (like 8-10 minutes of zero hunger depletion), so be sure to head to your nearest oven to cook them!

AMD FidelityFX™ Super Resolution (FSR) is now available for players who have the ability to utilize it.

Check out the full list of changes in our patch notes below.

Note for the test: The new areas are still in active development. We encourage players to build in these areas for feedback and testing purposes, but please keep in mind that the terrain and objects in these areas might shift or move before the official 0.11 release. Please do not expect any new bases to work completely when moving over to a non-test build. Thank you!

The popular "Yoked Girth Milk Molar" vitamins for growing teens are strewn across the yard for you to find. Harvesting their dense vitamin-infused pulp centers gives players the ability to upgrade personal or party-wide stats at BURG.L.

Milk Molars have been placed across all released areas of the yard so be sure to explore all over for these new Milk Molars (Hedge, Pond, etc.)

Players can now upgrade their tools at the new Smithing Station!