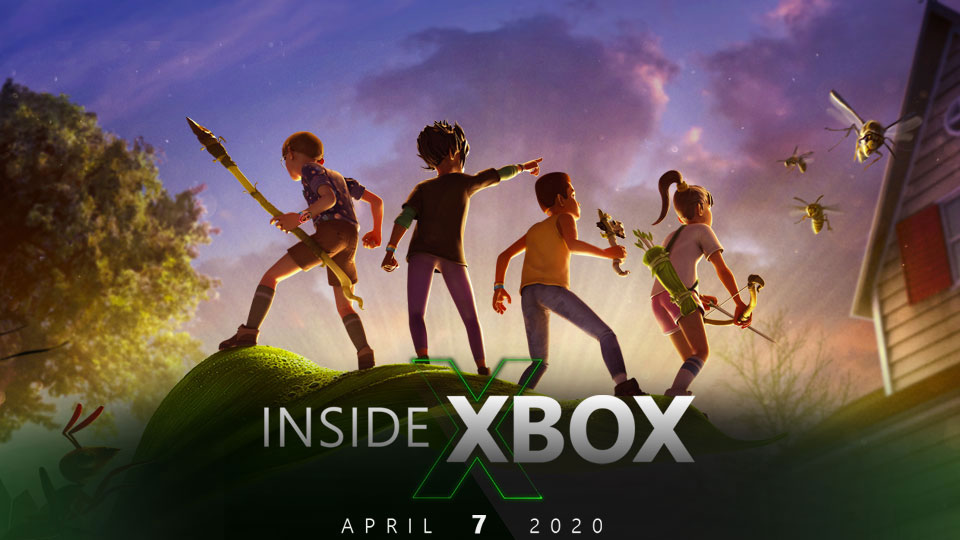 Edit: View the entire Inside Xbox episode on YouTube.

We have some news to share regarding Grounded, and we are going to have it shared during tomorrow's Inside Xbox stream!

The show starts April 7th, at 2 p.m. PT / 5 p.m. ET, and you can watch it live via Xbox's Mixer, Twitch, YouTube, Facebook, and Twitter. If you can't catch the live show, we will update this post with locations on where to watch highlights and the full show on-demand. This is slated to be an exciting first Inside Xbox episode of 2020, so be sure to check out Xbox's official post for all the details!

Also, the fun doesn't stop with Inside Xbox! Come join Grounded's Game Director, Adam Brennecke, and Social Media Manager, Shyla Schofield, immediately after Inside Xbox for a first-look into the single-player experience, followed by a Q&A session!

This gameplay stream will air at approx. 2:40 p.m. PT / 5:40 p.m. ET immediately following the Inside Xbox stream on Mixer and Twitch.